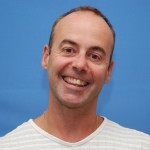 William is currently Dance Department Co-Chair at Boston Arts Academy, Boston’s only high school for the performing and visual arts. In addition to Boston Arts Academy, William has served on faculty at many of Boston’s most prestigious arts institutions including; Boston Ballet, The Boston Conservatory, Concord Academy’s Summer Stages, The Jeannette Neill Dance Studio, Needham Dance Theater, and The Walnut Hill School. As a guest artist, William has both taught and choreographed throughout the greater Boston Area. He has also served as both Co-Director and Artistic Director of Boston Dance Collective’s Summer Outreach Program, now known as the Boston University REACH Program. While on faculty at Boston Arts Academy, his choreography has been chosen for performance at the National High School Dance Festival’s Gala and has been presented at The Calhoun School New York, NY, Harvard School of Education and for the Harvard Strategic Data Project. In 2011, he was invited by Boston Superintendent Carol Johnson to present his work at The Great City Schools National Convention. As a choreographer, he has produced several works including a solo performance entitled Boogie Man. In 2008, he was awarded a SURDNA Artist Fellowship, during which he returned to Jacob’s Pillow for the fourth time, participating in the Choreographer’s Lab, directed by Celeste Miller and J.R. Glover. In 2012, William was a Mass Cultural Councils 2012 Artist Fellowship finalist. In 2014, William was the recipient of the Outstanding Educator Advocate Award in Dance, as part of the Arts/Learning Artful Stem Symposium. William received his BA from Cambridge College. 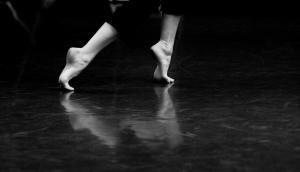 Lorraine Chapman, one of Dance Magazine’s “25 To Watch”, has danced with Eliot Feld Ballets/NY and Ballet British Columbia as well as for several Boston-based choreographers including Amy Spencer, Richard Colton, Diane Arvanites, Jose Mateo, and Marcus Schulkind. She received her training at The Royal Winnipeg Ballet School and L’Ecole Superieure De Danse Du Quebec as well as from Boston veterans Francis Kotelly and Samuel Kurkjian. Lorraine is an instructor of dance education at The Boston Conservatory and the Assistant Artistic Director of the pre-professional division at the Ballet Arts Centre of Winchester. Lorraine is one of only six recipients of a $15,000 Brother Thomas Fellowship – Special Arts Initiative of The Boston Foundation 2013 and one of only two recipients of the Boston Dance Alliance’s Rehearsal & Retreat Fellowship 2014. Lorraine Chapman The Company is represented by The Gallery at Pentacle, an eclectic group of vibrant and talented dance makers.

As a choreographer, Lorraine explores the known elements of dance in significantly original and unexpected ways and comes to different, invented and idiosyncratic conclusions from other dancemakers. She is interested in the state of mind, heart, and spirit of “the performer,” or “one who performs,” and here lies the connection to the source energy of each and every dance she creates. 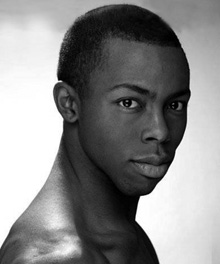 Ruka White is originally from Aviano, Italy, but began his training at the age of six with the Miami City Ballet in Florida. He has danced with such artists as Celia Cruz, Maya Angelou, and Missy Elliot. He holds a BFA in Dance Education and Performance. He has served as dance captain for the Royal Caribbean Cruise Lines and is an Act-So Dance Gold Medalist. He is a two-time Fellowship Award recipient with the Alvin Ailey American Dance Theatre. He has performed in several musicals as well as works by George Balanchine, Alvin Ailey, and Alonzo King. Ruka has served as Associate Artistic Director for the Mahogany Dance Theater and rehearsal coach for Phlava Hip-Hop Dance Company. 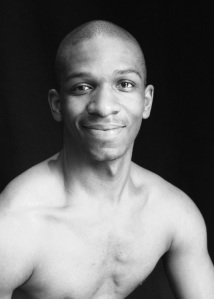 Kareem Lewis, a native of Boston, began his formal dance training at the Boston Arts Academy under the direction of Fernadina Chan. After graduating from Boston Arts Academy he continued his training at the Brookline Ballet School, studying with Trinidad Vives and Parren Ballard. He then enrolled at the The Hartt School, University of Hartford where he majored in dance with an emphasis on ballet pedagogy.

During his time at the Hartt school he had the privilege of working under the tutelage of Stephen Pier. He was also mentored and coached by Nina Watt, Miki Ohara, Peggy Lyman, Hilda Morales and Vicky Simon. He’s performed works by George Balanchine, Jose Limon, Martha Graham, Doris Humphrey, Viktor Plotnikov, Tai Jimenenz and Gemma Bond. Mr. Lewis is a Dizzy Feet Foundation nominee and performed as a guest artist with New York Theater Ballet under the artistic direction of Diana Byer. He was a featured soloist at the Jose Limon International Dance Festival where he played the role of the Just Man In Jose Limon’s Psalm. His teaching experiences include the Anna Grace Academy, and the Hartt School Community Division. He is currently serving as lead teacher for Boston Ballet’s educational outreach initiatives program.